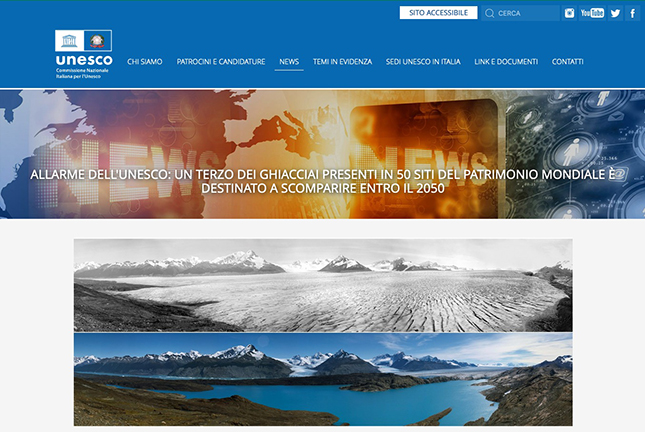 The new UNESCO study on glacier

A recent UNESCO study, conducted in cooperation with the International Union for Conservation of Nature (IUCN), showed that since 2000, the retreat of the 50 glaciers, which are part of the World Heritage Site, has started to accelerate due to CO2 emissions, which increase temperatures. Currently, glaciers are losing 58 billion tonnes of ice per year, which is equivalent to the annual water use of France and Spain combined, and is responsible for about 5% of the global sea level rise.

The conclusions of the study report that one third of the glaciers in the 50 World Heritage sites are destined to disappear irretrievably by 2050 but, it specifies, that it is still possible to save the remaining two thirds by containing the rise in temperatures to within 1.5°C in relation to the pre-industrial period.

At this link the page dedicated to the article by the Italian National Commission for Unesco.

At this  link the complete report in English.